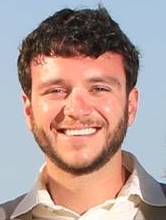 Paris, Tenn.—A proposal to rename a section of Hwy. 69A as the “Sonny Melton Memorial Highway” will be on the agenda at Monday night’s Henry County Commission meeting.

Melton was killed in the Las Vegas mass shooting. He was an RN at Henry County Medical Center and died shielding his wife, Dr. Heather Gulish Melton.

The commissioners will meet in regular session at 5 p.m. Monday night, October 16, at the courthouse.